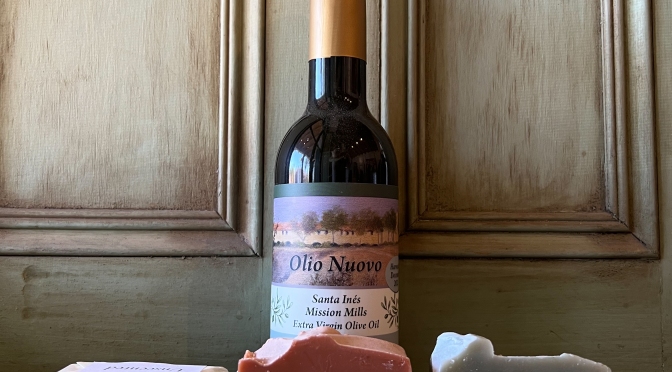 At the end of every year, SBTHP hosts olive picking at Santa Inez Mission Mills. The olives are pressed into oil and bottled. It’s a big seller in the gift shop, with people waiting all year for the new batch of the Olio Nuovo. It’s also very popular with Santa Barbara tourists.

However, there are more uses for olive oil than just eating. This year, we decided to return to a project that had been conceptualized a few years ago, and turn it to soap. SBTHP found local small-batch soap maker William Smariga, and his company Salty Bros Soap, and a partnership emerged. The result? Three types of soap, plus lip balm.

How Does Olive Oil Become Soap? A Quick Science Lesson

All soap has the same basic recipe: oils, mixed with sodium hydroxide – also known as lye. The types of oil vary, and other ingredients such as colorants and scents can be added, but the chemistry is the same. When combined, the oils and lye react and go through a process called saponification. The resulting molecule has two sides, one of which is attracted to water (hydrophilic), and other of which repels water (hydrophobic). The hydrophobic side attaches to the oils and dirt on your skin or other surfaces, and the hydrophilic side attaches to water and washes away, bringing those oils and dirt along for the ride.

Castile soap, or olive oil soap, is one of the earliest types of soap in existence. It would have been one of the varieties available to residents of early California, either on the annual supply ships, or made locally once olive trees were established enough to bear fruit.

After extensive consultations with our soap expert, we decided to make two batches of soap. One is a pure Castile soap, unscented and uncolored. Although Castile soap does not create a lather, it is great for people with allergies to scents and other additives, and has many household uses.  The other is a mix of olive oil and coconut oil, split in half to make two scents.. The scents we ultimately decided on were citrus and rosemary, as scents that are appropriate for both the Presidio and Casa de la Guerra’s time periods.

We also made the last-minute decision to make lip balm, in addition to the soap. 12 oz. of olive oil can make over two hundred tins of lip balm. The balms are scented with peppermint essential oil.

The soap was delivered in February, but had to rest for a month to fully dry and reach its final size. This rest also allowed the initially overpowering scent of the rosemary soap to mellow out. All three varieties of soap, as well as the lip balm, are currently available in the Visitor’s Center Gift Shop, at the Casa de la Guerra, and on our online store.

Melanie Magolan is the Director of Visitor Experience for the Santa Barbara Trust for Historic Preservation. 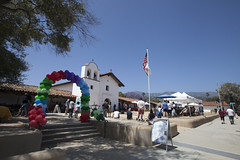 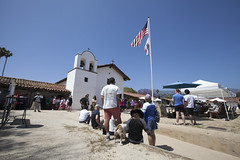 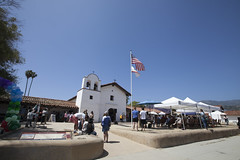