When SBTHP closed its doors to the public in March of 2020, SBTHP staff were presented with an opportunity that faced many organizations whose programming had been dependent on in-person attendance: what now? “Some of the initial challenges of transitioning to online programs included just trying to figure out what platforms and resources we had available,” said Director of Programs Danny Tsai, “(along with) what new equipment we needed to produce and share content with the public and teach the public how to navigate and use the new technology.”

Ultimately, they decided on Zoom Webinars to connect with the community. “At first, we were not sure if we would get more or less engagement with our move to online. We were pleasantly surprised that we reached a broader audience from all over the country and world,” said Associate Director of Public Engagement Kevin McGarry.

SBTHP hosted Advances in Preservation and Archaeology of Asian American Places, which discussed the historic Harada House, the comparative archaeology of towns in China and locations 19th century immigrants moved to in the United States (recording above), and the archaeology of the Gila River concentration camp where Santa Barbara’s Japanese Americans were sent during World War II. More recently, Santa Barbara Belonging celebrated Asian American Pacific Islander Heritage Month with a month-long series of panels and performances. “The three-part series brought together our community to learn about and discuss the ongoing prejudice and discrimination that our Asian American community faces,” said McGarry.

In conjunction with community partners, SBTHP presented a multi-month series titled Santa Barbara: Yesterday, Today, Tomorrow. A virtual extension of a symposium held at the Alhecama Theatre in June of 2019, this year’s series covered ways the city has historically addressed planning, current issues of concern, and options moving forward to ensure equitable and sustainable development.

Online programming also included discussions on new interpretations of the history of the Anza Expedition, the Chumash community that lived at Mission La Purísima Concepción (video below), José de la Guerra’s commerce with Asia and Liverpool, the identity struggles migrants face when coming to the United States from Mexico, and Sheila Lodge’s newest book Santa Barbara: An UNcommonplace American Town. “Overall, the feedback (from the public) has been very appreciative and positive,” said McGarry.

Looking forward, both McGarry and Tsai expressed a keen interest in keeping virtual programming as a core component of future programs. “We currently have progressed to a hybrid model of organizing programs that have both a limited in-person (experience) and a virtual component,” said Tsai. An example of this was the Asian American Neighborhood Festival, which was hosted as a 1st Thursday event on October 7th.

Tim Aceves is the Associate Director of Advancement for SBTHP. 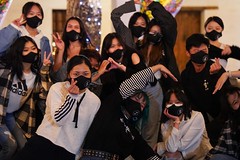 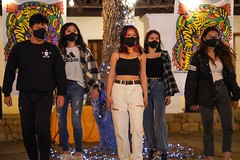 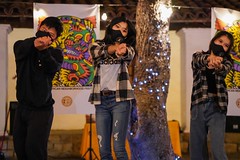