During the month of July 2019, the Santa Barbara Trust for Historic Preservation (SBTHP) hosted Stanford PhD Candidate Koji Lau-Ozawa at El Presidio de Santa Barbara State Historic Park to conduct research on the previously excavated remains of the early 20th century Nihonmachi (Japantown) of Santa Barbara. I was lucky enough to assist as Koji’s assistant in this process. The goal of the project was to find as many pre-World War II Nihonmachi related artifacts as possible in order to compare them to findings from Gila River, one of ten official Japanese-American Incarceration Camps used during the war to unconstitutionally incarcerate nearly 120,000 Japanese Americans.

While Koji came into this project with a plan, having worked in archaeology for 13 years, I, coming from a background in history, had no idea what to expect. Very quickly I was thrown into the world of archaeology with my main goal of the month being to re-catalog as many artifacts as possible, most of which had not been looked at since the 1970s. I learned very quickly what this entailed: picking a bag, finding its catalog number, searching through the catalog, identifying  and dividing artifacts by material type, weighing, re-cataloging, and finally re-bagging the artifacts. I went through this process almost 750 times. On day one I learned the difference between “shard” and “sherd.” By week two I was attempting to identify different types of ceramic sherds, and by week three I no longer needed to ask whether something was porcelain, whiteware, or improved whiteware.

Over the course of the month we re-bagged and cataloged thousands of artifacts and by the last week we began analyzing what we had discovered. From various bottle bases with maker’s marks, to so-called “geisha girl” porcelain, we had a lot to choose from. We decided to narrow it down to specific pits identified on hand drawn 1970s maps of the excavation site. I was determined to use as many identification marks as I could to date these pits as accurately as possible. While many of the bottles were harder to identify, two distinct foil milk bottle caps were clearly labeled “Durbiano… Santa Barbara.” We were also able to find an “Old Continental Whiskey” bottle in its entirety. Using this information and City directories from Santa Barbara’s Public Library, we will be able to find exactly when this dairy company existed and whether it corresponded with the Nihonmachi.

While my work in this project is coming to an end, I am grateful to Koji for the opportunity as a history major graduate to learn so much about archaeology. Thank you as well to Archaeologist Mike Imwalle and SBTHP for having us. We hope that this project can fill what we believe to be a void in our historical record, by providing a better understanding and perspective of the lives of pre-war Japanese American communities and how these lives were affected and changed by incarceration.

Coated in aging white paint, the Cota-Knox House sits rather unassuming towards the end of the 900 block of Anacapa Street. We have bigger ambitions for this building built in 1871, including restoring the defining characteristics of the red brick façade lost during the 1925 earthquake and much-needed structural improvements.⠀ ⠀ To learn more, visit >> SBTHP.org/CotaKnox⠀ ⠀ (painting by Thomas Van Stein)⠀ ⠀ #12daysoftheTrust #12daysofChristmas
Just in time for the holidays, our 2019 Santa Inés Mission Mills Olio Nuovo is available for at El Presidio de Santa Bárbara SHP and Casa de la Guerra gift shops for purchase.⠀ ⠀ Harvested this past October, it’s bottled unfiltered, immediately after crushing, and has an intense grassy, peppery fresh flavor. Click the link in our bio to learn more >>⠀ ⠀ #12daysoftheTrust #12daysofChristmas
At one time, this little adobe building on Canon Perdido Street was one of 13 buildings that would have formed the soldiers quarters at El Presidio de Santa Bárbara. Built in 1788, El Cuartel is the second oldest building in the state of California and the oldest standing building in the California State Parks system.⠀ ⠀ #12daysoftheTrust #12daysofChristmas #SeeSB
If you had entered El Presidio de Santa Bárbara in the late 18th century, the largest and most prominent building you would have seen was the Chapel.⠀ ⠀ Originally built in 1797, the Presidio Chapel greeted people upon entry to the fort and continues to greet people as they pass by the corner of Santa Barbara and Canon Perdido Streets. Fun fact: the bells (that still chime) were cast in Zacatecas, Mexico in 1781 and 1792.⠀ ⠀ The Presidio Chapel is now home to concerts, special events, and of course weddings. To learn more about renting the chapel, click the link in our bio.⠀ ⠀ #12daysoftheTrust #12daysofChristmas #SeeSB
Located right near the historic Mission Santa Inés, lays a bit of Santa Barbara County history that many don't know. In 1820, a parolee fresh from a stint with a legendary pirate, convinced a friar that he could design a fulling mill. ⠀ ⠀ Built right next to the original grist mill, the Santa Inés Mission Mills in Solvang is just one of the unique places that define our organization. Over the next eleven days, we’ll be showcasing these special places for you to discover.⠀ ⠀ #12daysoftheTrust #12daysofChristmas
In just four days, join us for Una Noche de Las Posadas. The time-honored reenactment of Joesph and Mary’s search for lodging in Bethlehem begins at the Presidio Chapel and concludes at Casa de la Guerra. Bring your family and loved ones to enjoy champurrado (Mexican hot chocolate), buñelos (fried fritters), and alguinaldos (candy bags).⠀ ⠀ Una Noche de Las Posadas will be held on Friday, December 13 at 7PM. For more information visit SBTHP.org/LasPosadas.
After getting some great deals on Black Friday and Cyber Monday, it’s time to give back.⠀ ⠀ Today is #GivingTuesday, a day that encourages people to do good in their communities. As we’re getting closer to the holidays, we hope you’ll take time today and donate to support SBTHP’s mission.⠀ ⠀ Be a part of #GivingTuesday and donate today! (Link in bio)
Tucked behind @zaytoonsb and La Playa Azul Cafe, sits the Alhecama Theatre. Built in 1925 as part of the Santa Barbara School of the Arts, it was originally used for dance, drama, and music classes. The beautiful interior was recently restored, including the original oak floors, stage, and a mural by American artist Ross Dickenson. ⠀ ⠀ The Alhecama Theatre, now part of the El Presidio de Santa Bárbara State Historic Park, is an ideal location for weddings, lectures, social gatherings, and theatre events. To learn more about the theatre and other historic SBTHP spaces for rent, click the link in our bio.⠀ ⠀ (Photos by Jim Bartsch)
On 11/17 from 9AM - 12PM, lend a hand picking olives at the historic Santa Inés Mission Mills State Property. Wear comfortable shoes and clothes you don't mind getting dirty. Hat, sunglasses, and gardening gloves are advised. We will provide all tools and equipment, as well as lunch and a guided tour. ⠀ ⠀ The Mission Mills, adjacent to Old Mission Santa Inés, is part of the Mission Santa Inés National Historic Landmark District and includes an historic grist mill and fulling mill. In 2007, SBTHP planted olive trees on the Mission Mills property in order to interpret the mission-period agricultural history of the site. The olives are grown using sustainable agricultural practices and then crushes and bottles the oil within 30 miles of the groves. ⠀ ⠀ Park along the road at the entrance to 480 Alamo Pintado Road, Solvang, CA. RSVP required, please email rsvp@sbthp.org or call (805) 965-0093. 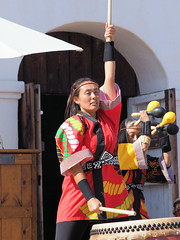 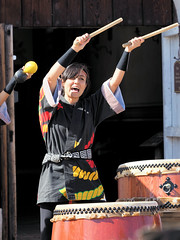 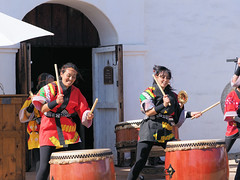