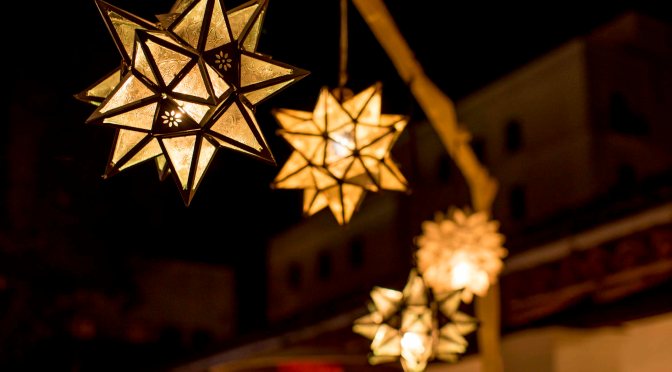 On Saturday November 11, the Santa Barbara Trust for Historic Preservation (SBTHP) held its fundraising event, Una Noche de Estrellas, in the courtyard of Casa de la Guerra.  This contemporary Spanish-themed event featured paella made on site, a signature sangria,  music by members of the Santa Barbara Folk Orchestra, SBTHP’s Musicians in Residence, and performance by the Cota Dancers.

The tables are set for a contemporary Spanish meal. Photo by Clint Weisman Studio. 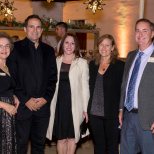 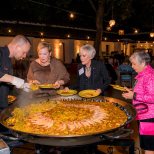 The paella is served. Photo by Clint Wesiman Studio

Board member Kevin Nimmons and his wife Jannell, with Board Member Anthony Grumbine and his son. Photo by Clint Weisman Studio.

SBTHP thanks Event Chairs Debby Aceves and Keith Mautino, and Honorary co-chairs Tom Parker and Chris Parker, and Jack Theimer and Jeff Theimer. Thanks also go to Zohe Felici at Felici Events for the beautiful design of the evening.

For more images from this magical night, visit our Flickr album here.