By Anne Petersen and Mike Imwalle

If you have traversed the intersection of East De La Guerra and Santa Barbara Streets in the last few weeks, you will likely have noticed the reemergence of a painted sign on  131-37 East De la Guerra Street, on the Santa Barbara Street side (currently occupied by Beads).  This Spanish Colonial Revival-style structure is part of El Presidio de Sánta Barbara State Historic Park, which is operated by the Santa Barbara Trust for Historic Preservation.  Three weeks ago, SBTHP’s property management company, Meridian, sent painter Tony Monarco to patch the walls of the building. As Tony scraped away the loose paint, he uncovered this sign, which appears to be an advertisement for Ghirardelli Chocolate.

It was common for property owners to rent space for painted advertisements on the exterior of their buildings to garner a little extra income. The space at 137 De La Guerra Street was occupied by various tenants over the years, including the J.N. Sheridan Real Estate office (1927), United Produce Company (1932-34), and was vacant from 1935-1941.  In 1942, Horner’s, a linoleum and flooring company, moved in and remained well into the 1950s.  From the layers of paint visible on the building, this sign was painted and repainted many times.   It may have endured the occupancy of multiple tenants over the years.

We were all surprised to see a painted sign on this particular property, however.  The Spanish Colonial Revival style, known for its smooth white walls and red tile roofs, was popularized as a uniform architectural style for downtown Santa Barbara by our organization’s founder, Pearl Chase, and others, following the 1925 earthquake.  Pearl Chase held a particular dislike for large signs and billboards of any kind, which were at odds with her vision for a beautiful downtown.  She campaigned throughout her life to remove them throughout Santa Barbara County, with great success.  The discovery of this sign therefore presents a bit of a mystery for us at SBTHP.  Between the 1920s and 1960s, Pearl Chase held offices at multiple locations in the Presidio neighborhood from which she conducted her work with the Plans and Planting Committee of the Community Arts Association. We can only speculate about what she thought of this brightly colored advertisement gracing the façade of a nearby building.

If you have not yet seen the painted sign, hurry on by.  It will soon be painted over, perhaps to be rediscovered again by a future generation.

Thanks to support of the community, we recently completed the installation of new doors at the Presidio Chapel. The process required fabrication of brand new doors, new pivot hinges, a new threshold, sixty hand-forged nails, and the restoration of the existing lock hardware. You can read more via the link in our bio >> ⠀ Since we know many of you are unable to visit in-person, tomorrow we will live-streaming from El Presidio de Santa Bárbara SHP beginning at 1:45PM PST. Associate Executive Director for Cultural Resources Michael H. Imwalle will walk us through each element of the new doors.⠀ ⠀ We hope you’re able to tune-in tomorrow!
The safety of our guests and staff are of the utmost importance and while El Presidio de Santa Bárbara SHP and Casa de la Guerra remain open, we have implemented several new policies due to COVID-19. Click the link in our bio to learn more >>
We wanted to salute all the winners at this year's @downtownsantabarbara awards breakfast and especially our Executive Director Anne Petersen for being selected as the George Gerth Volunteer of the Year!
We recently got a chance to see the interior and hear the history of the Cota-Knox House. Built in 1871, it’s @sbthp’s next restoration project. Learn more on the blog (link in bio) >>
This past fall, thanks to the support of the @californiamissionsfoundation, we were able to repair the clay tile roofs of the grist and fulling mill buildings at the Santa Inés Mission Mills complex.⠀ ⠀ To learn more about the project, click the link in our bio >>
From our Fall issue of La Campana, our second blog article from the symposium "Santa Barbara: Yesterday, Today, Tomorrow" features 1920's architectural drawings of Spanish Colonial Revival streetscapes from famed local architects and how their vision could provide insight for the future.⠀ ⠀ Architect and Architectural Historian Anthony Grumbine and the City of Santa Barbara's Urban Historian Nicole Hernandez reinterpret those drawings into three dimensional city blocks and highlight a few historic buildings that not only provide the foundational footprint for development but also showcase how subtly they integrate into the beauty of existing streetscapes.⠀ ⠀ To read the whole story, please click the link in our bio.
Coated in aging white paint, the Cota-Knox House sits rather unassuming towards the end of the 900 block of Anacapa Street. We have bigger ambitions for this building built in 1871, including restoring the defining characteristics of the red brick façade lost during the 1925 earthquake and much-needed structural improvements.⠀ ⠀ To learn more, visit >> SBTHP.org/CotaKnox⠀ ⠀ (painting by Thomas Van Stein)⠀ ⠀ #12daysoftheTrust #12daysofChristmas
Just in time for the holidays, our 2019 Santa Inés Mission Mills Olio Nuovo is available for at El Presidio de Santa Bárbara SHP and Casa de la Guerra gift shops for purchase.⠀ ⠀ Harvested this past October, it’s bottled unfiltered, immediately after crushing, and has an intense grassy, peppery fresh flavor. Click the link in our bio to learn more >>⠀ ⠀ #12daysoftheTrust #12daysofChristmas
At one time, this little adobe building on Canon Perdido Street was one of 13 buildings that would have formed the soldiers quarters at El Presidio de Santa Bárbara. Built in 1788, El Cuartel is the second oldest building in the state of California and the oldest standing building in the California State Parks system.⠀ ⠀ #12daysoftheTrust #12daysofChristmas #SeeSB 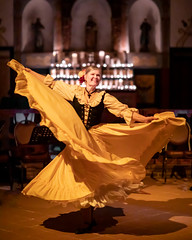 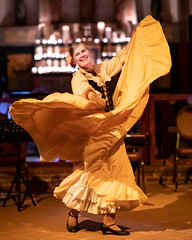 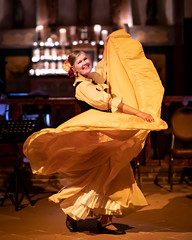